Did BlackBerry really return to the market with new smartphones? What are their specifications? Are they still equipped with a keyboard?

The Canadian Corporation BlackBerry, or as previously known Research-In Motion, left the smartphone industry back in 2016 but it kept its trademark. They gave their mobile’s technology and research to other companies which ended up with the Chinese TCL.

Away from what the company went through in details during the last few years, BlackBerry phones still remain a favorite within a certain user segment. It came in second place in the smartphone ranking back in 2009, but due to the technological smartphone revolution started by the American company Apple and South Korean Company Samsung, and now Chinese Huawei, BlackBerry phones became less popular.

The phone we are bringing you today is a new phone with BlackBerry’s logo. It was unveiled few days before the Mobile World Congress held in Barcelona, Spain. The new phone is BlackBerry Keyone, and below you will find its specifications. 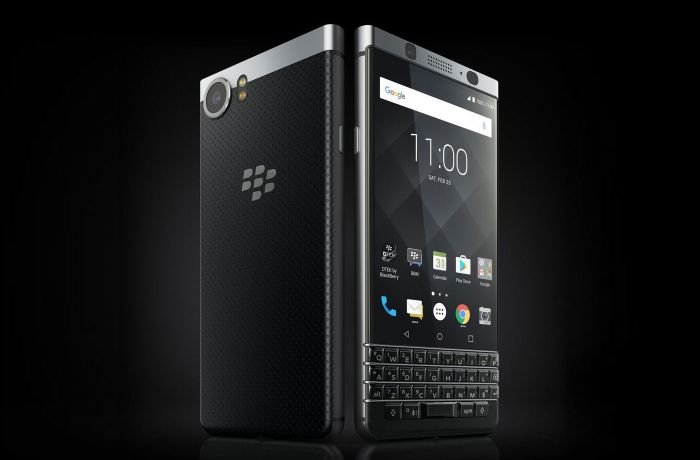 BlackBerry Keyone has a keyboard which essentially what differentiated BlackBerry phones from other devices. Also it has a 4.5-inch screen and it belongs with the medium specifications smartphones.

When it comes to its design, BlackBerry Keyone’s front side has a keyboard, screen, camera, speaker, and some sensors. The side edges are now more curved but the upper corners are still somewhat sharp.

The backside has the main camera and flash, and BlackBerry’s logo in the middle. 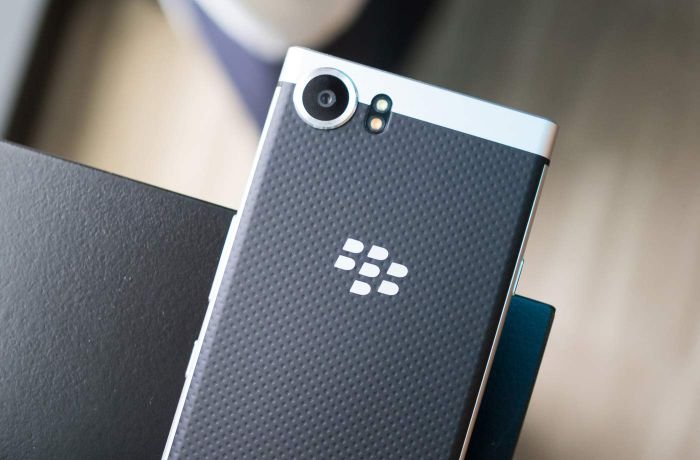 BlackBerry Keyone has a 4.5-inch IPS touchscreen that supports more than 16 million colors and a resolution of 1080x1620 pixels. It makes a percentage of 55.9% of the phone’s front and is covered by a layer of the fourth generation Corning Gorilla crash and break resistant glass.

BlackBerry Keyone operates on an octa-core Qualcomm Snapdragon 625 processor with a frequency of 2.0 gigahertz and Adreno 5.6 graphic processor. It is powered by Android 7.0 – also known as Nougat.

It has an internal storage of 32 gigabytes and 3 gigabytes RAM. BlackBerry Keyone supports an additional 256 gigabytes Micro SD Card.

It is powered by a non-removable 3505 mAh lithium ion battery. 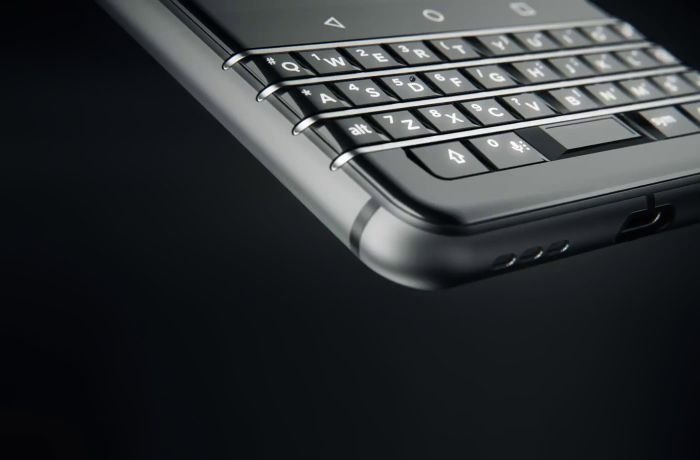 BlackBerry Keyone has many other features that are now –are safe to say – part of every smartphone, like: speakers, 3.5 millimeter headphone jack, Bluetooth, WiFi, navigation maps, noise reduction, and radio.

It has fingerprint recognition passcode with the sensor placed on the phone’s front side, specifically within the keyboard. It also has fast charging feature reaching 50% in 36 minutes.

Similar to other BlackBerry Phones, it will only be available in a black color and with a price ranging around 600 USDs. It will be available in the market next April 2017.

To be fair, this is the first time we see a fingerprint sensor within a keyboard. The device is targeting customers who like BlackBerry phones, as well as people working in the business sector. Businessmen need a phone that can type quickly as they send many emails, write notes around the hour, as well as high security (which BlackBerry is famous for).