iPad 2, the Most Common Tablet Worldwide

Apple takes over the biggest share in Tablets trade worldwide. 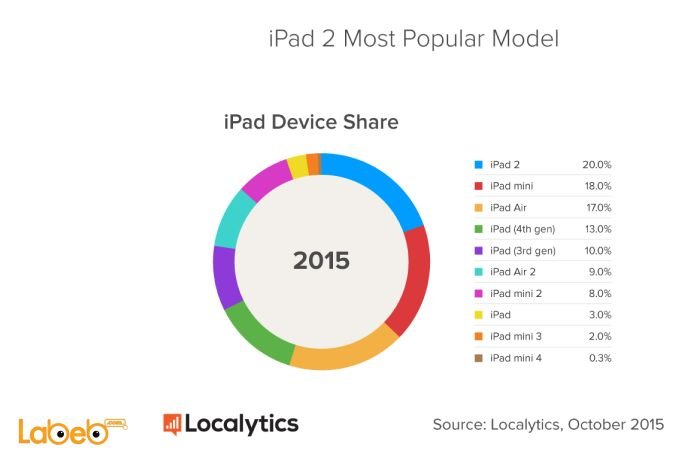 And according to Localytics, iPad 2, produced by Apple in 2011, makes up 20% of the total tablets in 2015 and that is because of its good specifications and affordable price.

Apple’s website pointed out that it has to come up with new improvements to their iPad to increase their sales. Note that Apple’s iPad sale has dropped during the last quarter of the fiscal year of 2015 the most during the last 3 years, with a percentage of 17% compared to the same quarter sale of that year.

iPad 2 is distinct because it has a Dual-Core processor with a 1 gigahertz speed, it has a rear and front camera, thinner than iPad 1, and has an internal storage of 16, 32, and 64 GB.

We must note that the shares of iPad Air 2, iPad Mini 3, and iPad Mini 4 together reached 12% of the total world spread of tablets in 2015. And because of the heated competition between Apple and Samsung in the Tablet and smartphone markets, it seems like there’s an equal possibility for both companies to develop a new generation of Tablets that will allow users to stop the use of laptops. The sole purpose of that is to become more popular in the market and gain the biggest share.