The American Company released the fifth generation of iPad to the market? What are its specifications? And how is it compared to other tablets?

After the American Company Apple released their tablet iPad Pro last year, they are back again with a new fifth generation of iPads. Apple did not consider iPad Air and iPad Pro as a new generation and therefore, this new release is their fifth.

We will learn through this article about the specifications of the new iPad 9.7, and Labeb will do a quick comparison between it and older iPad versions.

Below are the most important specifications of iPad 9.7 which was released in March 2017:

What Differentiates iPad 2017 from other Tablets?

Apple is still maintaining their high quality performance. With the A9 processor developed by them (which is also used in iPhone 6 and iPhone 6 Plus), the user will not encounter any problems during usage. Even though there is only 2 gigabytes RAM, iOS operating system is highly compatible with the memory. Many applications left running can be quickly accessed if not closed periodically.

As always, the screen has a high resolution and accuracy. It is usually referred to as Retina by Apple (density equivalent to the eyes retina) with 264 pixels per inch; providing the user with many fine details and clarity without pixelated numbers or lines.

iOS operating system is a fast response one. It is developed by Apple for its portable devices. While operating on A9 as well, the user will be able to open many applications. And with the big screen, the user can also divide it into two parts: each one with a different application. This will make it easier to use two applications at the same time.

There is also good news for music lovers. After Apple removed the 3.5 millimeter jack from their newest iPhone (which HTC did in U Ultra as well), Apple returned it in this tablet. This is a logical move since the device is big and can easily fit a 3.5 millimeter jack. The large space also allowed Apple to install dual speakers. Even if the speakers used in iPad 9.7 may not be the best in portable device; it is installed on both sides of the charging port; giving a good audio sound hard to hide by a hand.

Speaking of the big size, Apple equipped iPad 9.7 with a large 8610 mAh battery to power the 9.7-inch screen and for using it for long periods without needing a recharge. Apple states that the battery will power the device for 10 hours when using it (including watching YouTube and using other applications). 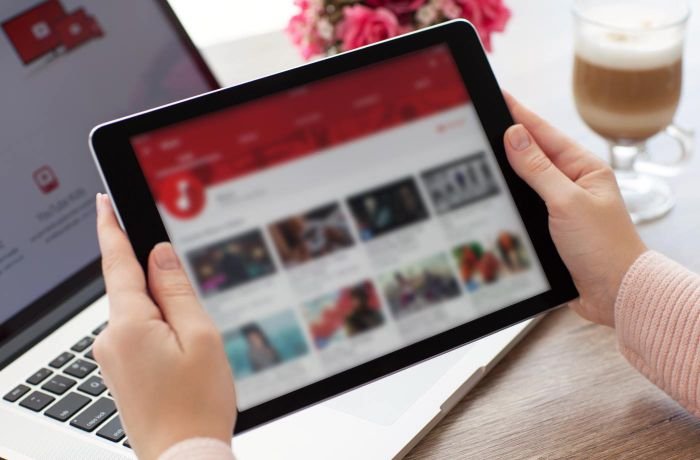 Experts at Apple also equipped iPad 9.7 with a fingerprint recognition sensor for unlocking the device. Nowadays, this feature is considered essential as it guarantees more safety and security. The sensor is located on the home screen button on the iPads front screen.

How did iPad 9.7 fail when compared to other Tablets? 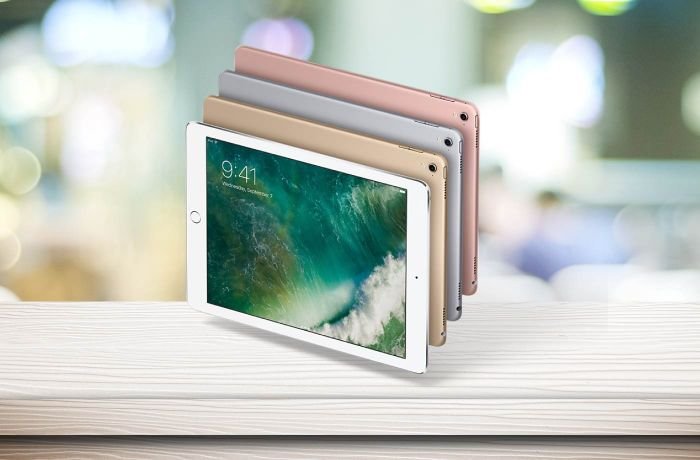 One of the mishaps in this tablet is its camera. The back camera is normal and can perform the usual photography tasks. The front camera with its resolution of 1.2 megapixels and 720 pixels video recording was highly disappointing.

Also the screen has some issues despite all the advantages we listed above. It has a thin layer surrounding it giving a weird usage feeling. The user does not feel the icon’s (application) touch like in iPad Pro and iPhones, as it feels like there is a barrier between the finger and icon.

This iPad may not be Pro Apple users top choice (people who uses Apple devices extensively). Also, some features released in iPad Pro (like the e-pen), is not compatible with this tablet.

Also, the weight and thickness were not in iPad’s Air standard. We are used to the light (air) feel when using Air Apple products and this iPad did not give us this feel at first. 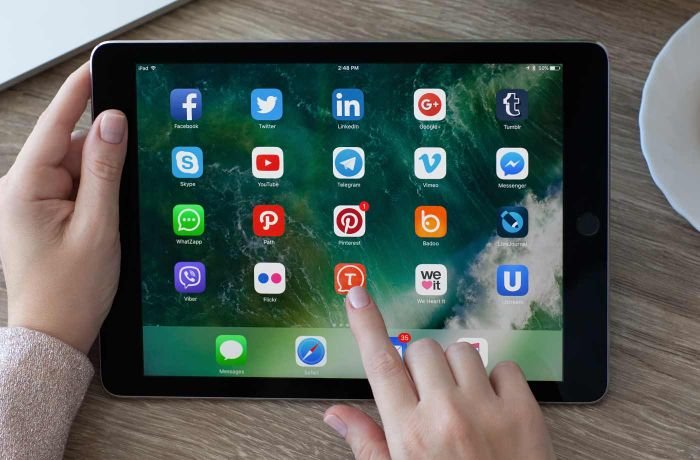 Considering that the fifth generation iPad is the latest Apple tablet release, it is normal to compare it with the company’s best tablet. The next following points will be the basis of the comparison between iPad 9.7 and iPad Pro (released in 2016):

Even though the new iPad 9.7 lacks many of the features in iPad Pro 2016, it is still an exceptional iPad especially when it comes to its price. With prices of 300 and 460 USDs, iPad 9.7 is certainly a good deal.

Huawei Announces its New Tablet with the Slogan ‘Two In One’