Everything You Need to Know About LG G4

What are the specifications of LG G4 Mobile? Did the sales increase because of its unique design?

The exceptional specification that LG announced about their new smartphone: LG G4 made it (according to statistics and studies) rise to the top of the best smartphones list during 2015. The phone has a brilliant design, with a handmade leather cover and different colors.

LG announced the LG G4 in April 2015 with a “See the Great, Feel the Great” slogan; meaning that it has a developed camera, big screen, and exceptional design.

Experts at LG designed the leather cover to distinguish G4 from other phones.

Before listing the qualities and specifications of the LG G4, we must point out that LG view their improvements and developments as innovative ideas created by the LG team. This also defines their future plan, according to D. Y. Kim, President of LG Electronics in the Gulf, when the phone was released in the Arabic Market in May, 2015. 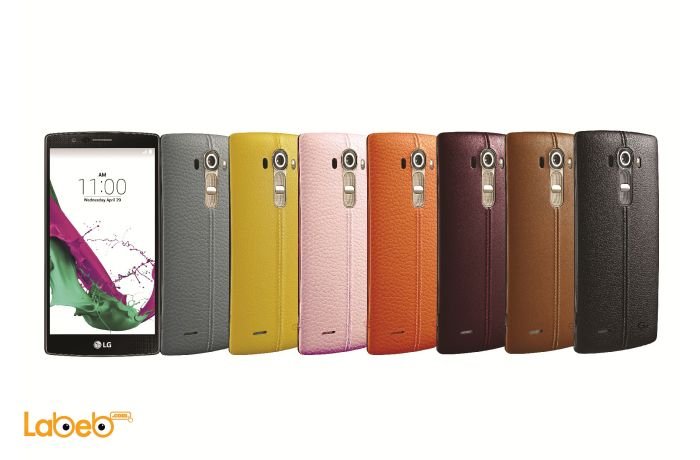 There is no doubt that the LG G4 best quality is its slick design since there is no similar phone to it, whether we are referring to the authentic leather back cover (you can get a phone without a back cover), the screen, or its outer frame, it is no doubt unlike any other. It has a dimension of 9.8x76x148.9 mm and weighs 155 grams.

LG G4’s screen is the first screen with LG’s new product: ‘IPS Quantum Display’ or ‘IPS LCD Capacitive Touchscreen’. It is a 5.5 inch screen with a resolution of 2560x1440 pixels. The screen also reproduces colors clarity with a percentage of 20%, has an LDC screen, and touch sensors on the same layer – allowing users to see the colors clearly, and enjoy a smooth touch sensation. It is also covered in a layer of Gorilla Glass which in scratch and break resistant, and another layer from LG for further protection. LG G4 is available in six colors for the leather cover: Black, red, yellow, sky blue, brown, and beige. And for the normal cover, G4 is available in the following colors: Grey, pearl white and Gold.

LG G4 has a six core Qualcomm MSM8992 Snapdragon 808 processor, made from two parts, the first is a Quad-Core Cortex-A53 processor with a speed of 1.44 gigahertz, and the other part is a Dual-Core Cortex-A57 processor with a speed of 1.82 gigahertz. As for its RAM, it has a 3 GB RAM storage, and an internal storage of 32 GB and an additional memory card can be added (up to 128 GB).

It has a resolution of 16 megapixels as a rear camera, and an 8 megapixel front one. The LG G4 cameras are designed and developed so that it allows the user to capture high definition pictures even in dim lit areas. Rear lens aperture is F1.8, which allows more light to enter making pictures look better. As for the front camera, it has a gesture shot specification (the camera takes multiple pictures in a short period of time) for better selfies. Gesture shots takes 4 consecutive pictures in 2 seconds. 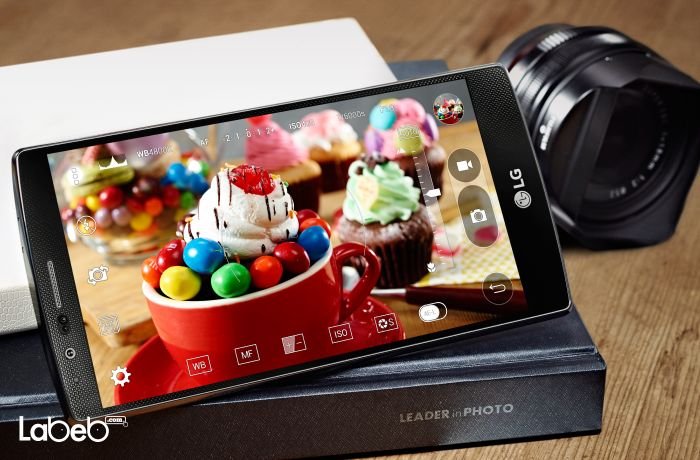 Furthermore, LG G4 have a removable 3000 mAh battery, which last for 20 hours while using 3G without phone calls. It is also a fast charging phone, reaching 60% in 30 minutes.

And just like other smartphones, LG G4 has Wi-Fi and Bluetooth. It operates on Android and has buttons in the back. You can listen to the radio, and the microphone has special features like noise reduction and removal.

LG managed through LG G4 to compete in the smartphone market by its slick design and camera. And even though Apple and Samsung are heading the smartphone market, the G4 is considered a medium priced phone, therefore, Labeb advises you to check your budget and compare the specifications and features that you are getting to make a smart decision.