What is new about Microsoft’s Lumia 650, is it really a business phone, and what is its price? We will guide you through this phone in this article

Microsoft Lumia 650 with specifications directed to the business sector 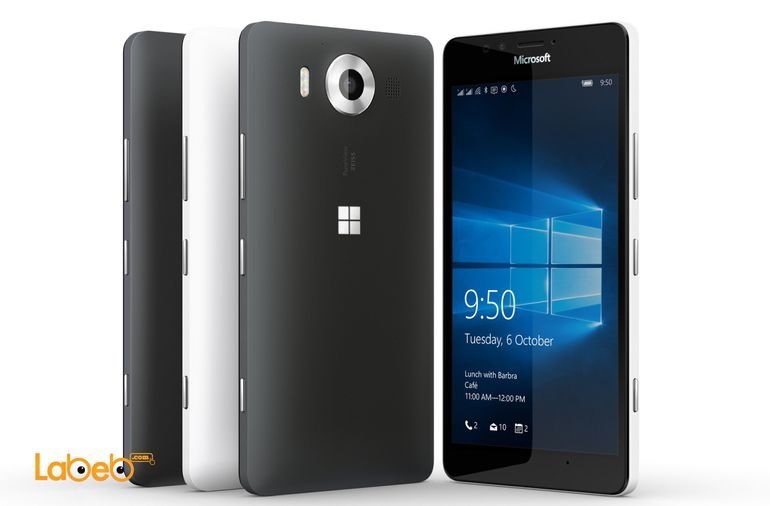 Since the American Company Microsoft bought the Finish Company Nokia for 7.6 billion Dollars two years ago; the two company’s experts are working to create and produce a smartphone that operates on Windows, with specifications that are suitable for the business market specifically. After releasing a series of smartphone’s, Microsoft launched the new Lumia 650 in 2016. We here at Labeb, will inform you about the phones qualities and specifications.

Microsoft finally unveiled their new smartphone: Lumia 650, and stated that it will be available in the European markets on the 18th February 2016, with a unique design and affordable prices – around 200 USD without tax. And according to Microsoft, the Lumia 650 is directed at the business sector.

Microsoft’s phone, Lumia 650, is the latest phone that operates on Windows. They also stated that it provides a perfect balance between business needs and personal ones. The phone is mainly directed at Businessmen since they look for a device that joins a computer and a phone together, and Microsoft declared that this is what they accomplished through the Lumia 650 that operates on Windows 10. Latest statistics pointed out that more than 200 smartphones are operating on Windows that differs than the one operating in the device. Away from the business design and the aluminum exterior, experts equipped the device with other features that suits the business sector, like a removable battery which can be replaced easily in case of damage, and an additional memory card for storing big files.

The Lumia 650 is thin and light (which is also suitable for the business sector) and Microsoft received positive feedback from all their users because their phones are quipped in Microsoft Office which is needed in their work. Publishing and editing texts and documents is easily done through Microsoft’s device, and it facilitates the use of emails, and storing files on One Drive which is considered one of the best Cloud storages. As for companies and their employees, the Lumia is an exceptional experience, in which the phone maintains the employees’ data safe, securing their files from threats. It also provides one working environment to finish tasks allowing users to connect a keyboard and mouse to it thus acting like a computer. 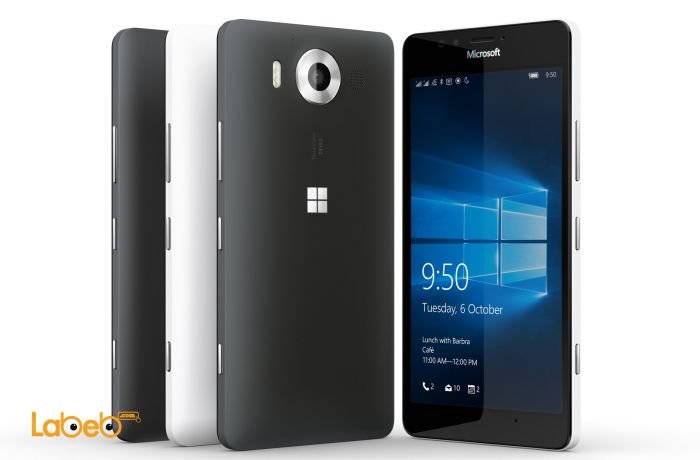 To begin with, and speaking of the phone’s outer frame and design, Microsoft released the Lumia 650 with circular edges, aluminum frame and the dimensions of: length 124mm, width 70.9, and thickness 6.9 mm, and weighs 122 grams. As for the screen, the phone has a 5.0 inch AMOLED touchscreen, with a resolution of 720x1280 pixels and a layer of the scratch and break resistant Gorilla glass. It is available in two colors: black and white.

As for the system specifications, the Lumia 650 operates on a four core Qualcomm Snapdragon 212 Cortex-A7 with a speed of 1.3 gigahertz. It has a 16 GB internal storage with the ability to add an additional 200 GB memory card, and a 1GB RAM. It is also a dual sim card phone, enabling users to operate two sim cards at once – also suitable for businessmen. On the other hand, Lumia 650 has a rear camera with a resolution of 8 megapixels, and an f/2.2 lens aperture. The front camera has a resolution of 5 megapixels and an f/2.2 lens aperture as well and that is to make video calls and meetings directly which is important for businessmen. Just like other smartphones, Lumia 650 supports Bluetooth, Wi-Fi, and radio. It also has a noise reduction microphone. The Cloud storage provided has the ability to store up to 15 GB on One Drive. The Lumia 650 has a removable 2000 mAh battery which can last for 624 hours when the phone is on Stand-by, and up to 13 hours when it is on 3G.

It is clear these specifications and features Microsoft equipped Lumia 650 with are suitable for businessmen, and the companies that provided their employees’ with to fulfill their tasks. It is also available in an economic price (200 USD without tax). In the light of the heated competition in the smartphone world, it seems that Microsoft is purposely directing its products at the business and money sector, realizing that they are their main clients, and thus making it affordable to them.

Regarding the phone’s processor, Windows 10, Labeb reminds you that it is Microsoft’s latest Windows version, and Microsoft intends to update it instead of replacing it with a new Windows. Windows 10 differs from the other Windows versions by the ability to operate on all Microsoft devices (personal computers, office computer, laptops, tablets and smartphones). Thus you have the ability to connect all your devices together facilitating tasks for businessmen. It is clear that the Lumia 650 is the most suitable smartphone for the business sector. Therefore, Labeb advises that if you are looking for a smartphone that combines personal needs and work tasks, you should take the Lumia 650 into consideration as it was specifically designed for this reason.